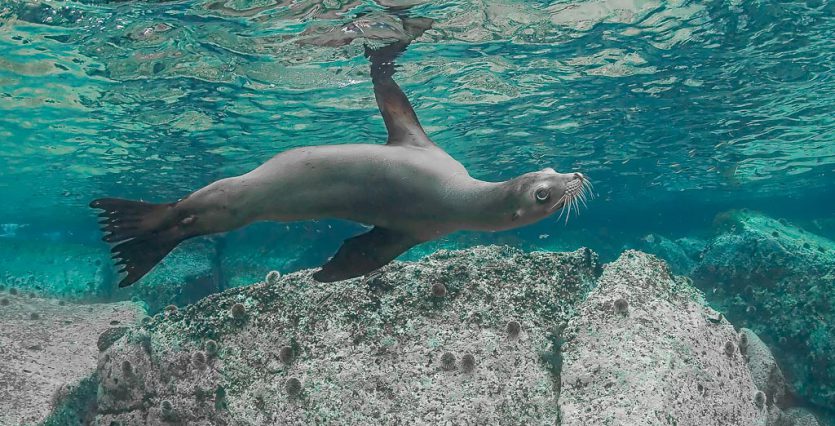 Years ago, when I first took up underwater photography, many marine animals had not been well photographed. In those days simply getting reasonably well exposed subjects on film and in focus could gain the admiration of one’s peers. But this is no longer the case. The advent of digital photography in conjunction with the fact that so many more photographers are consistently producing high quality images has made it considerably more challenging to create a memorable photograph.

One way to overcome the problem of creating an impactful image of a commonly photographed subject is through the thoughtful use of negative space. While the concept is straightforward and simple, its impact can be enormous.

Let’s consider the images that follow. For starters, take a look at the two photographs of rock beauty angelfish. The fish in each shot of this Western Atlantic species are in similar poses.

That said, the image with the nondescript background is a rather ordinary. While the photograph serves to identify the fish, it lacks visual appeal and is not likely to hold the attention of viewers.

By comparison, the negative space in this photograph 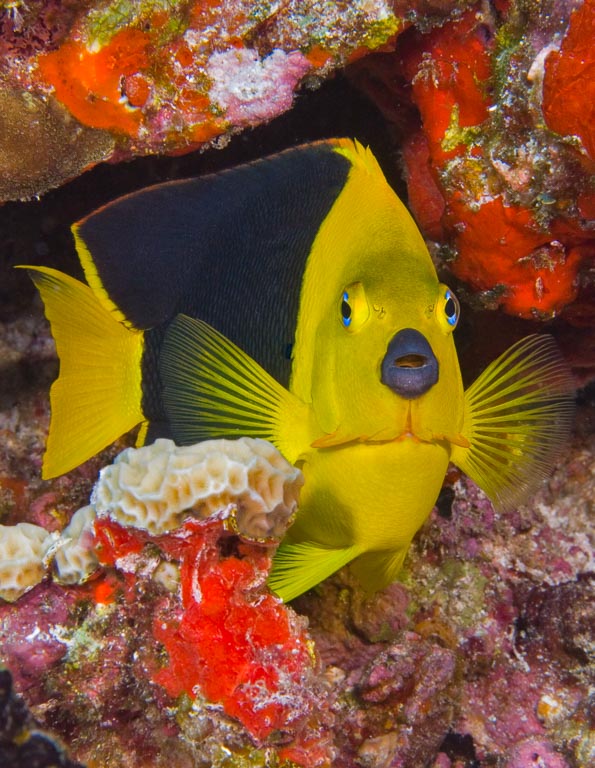 adds a splash of color, but not so much that it overwhelms the subject. In addition, the negative space helps give context regarding the environment where you might find a rock beauty.

than the shot of the bicolor anthias with the rather bland background. 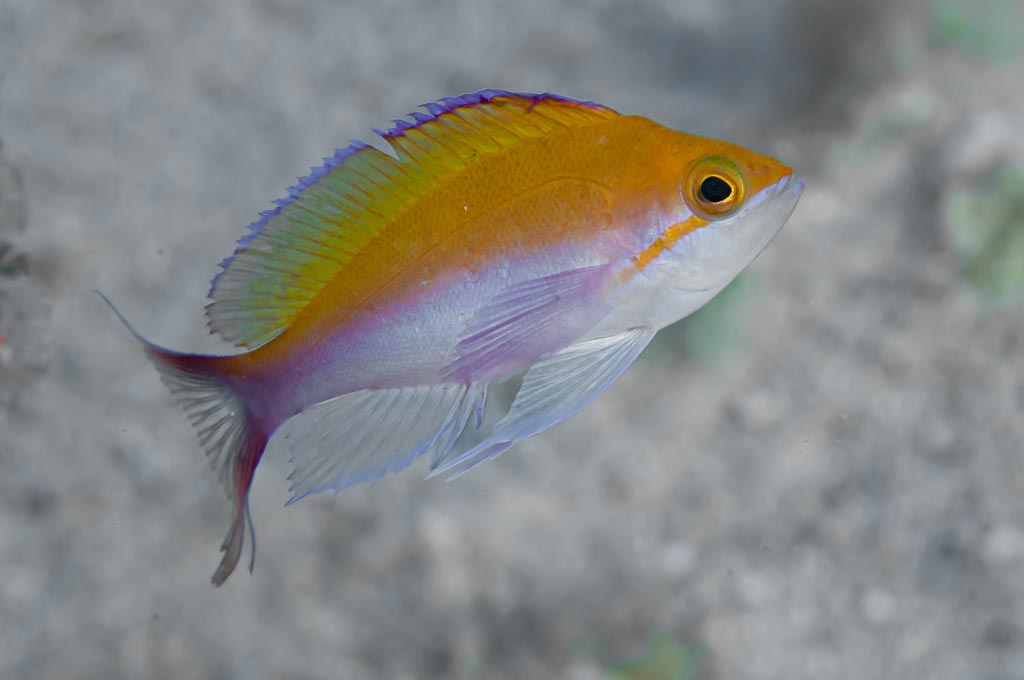 Here are two more examples of photographs of similar subjects in which the negative space helps make one image more compelling through the good use of negative space. 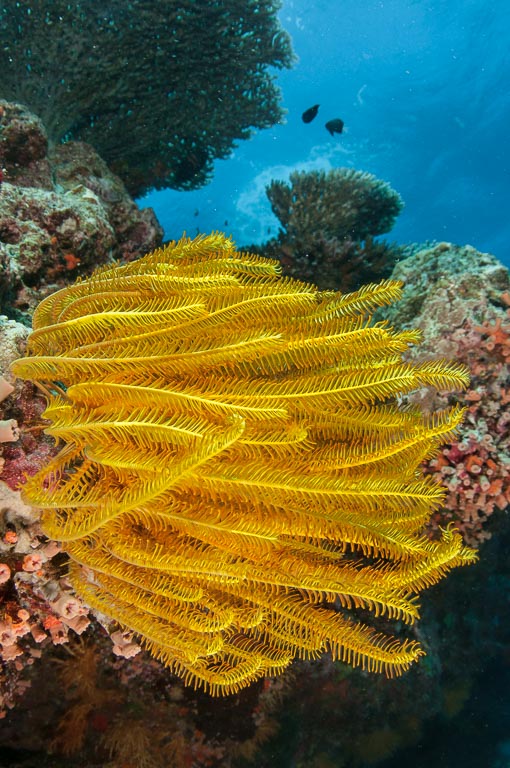 than is the tight shot of a crinoid framed in less interesting surroundings. 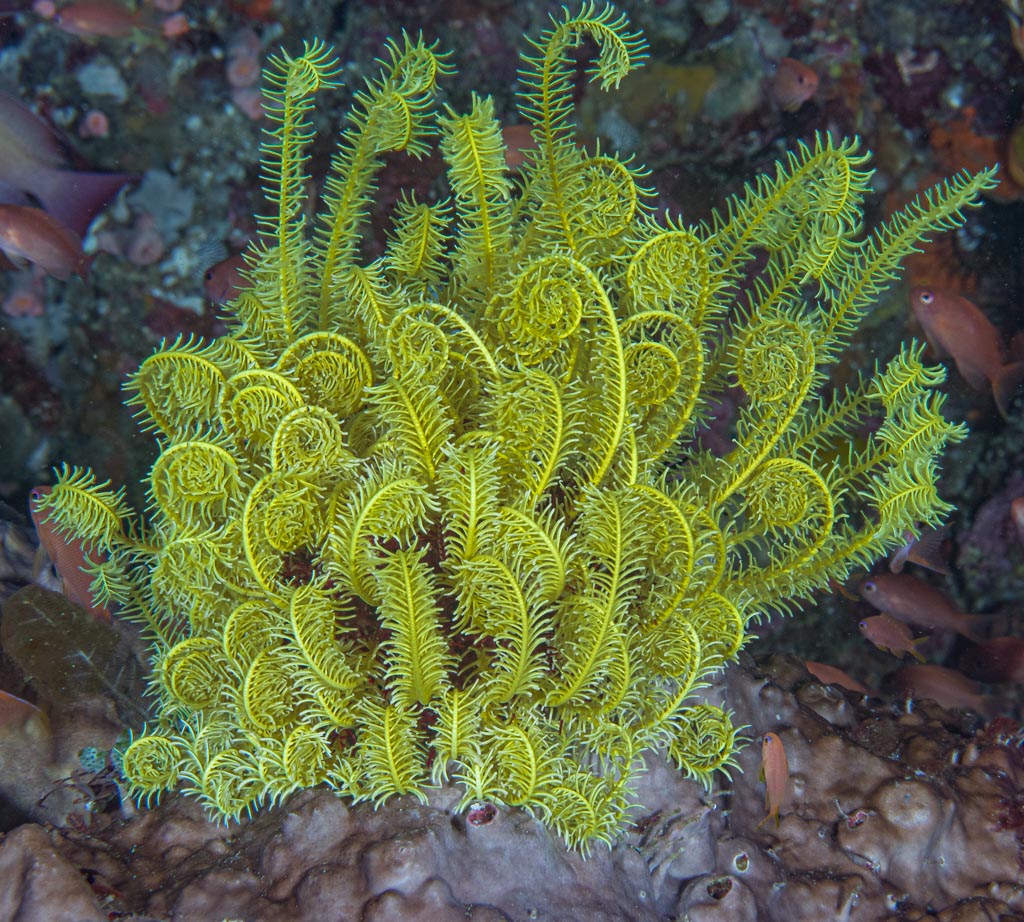 The coral that serves as the negative space enhances the image of a tassled wobbegong shark. 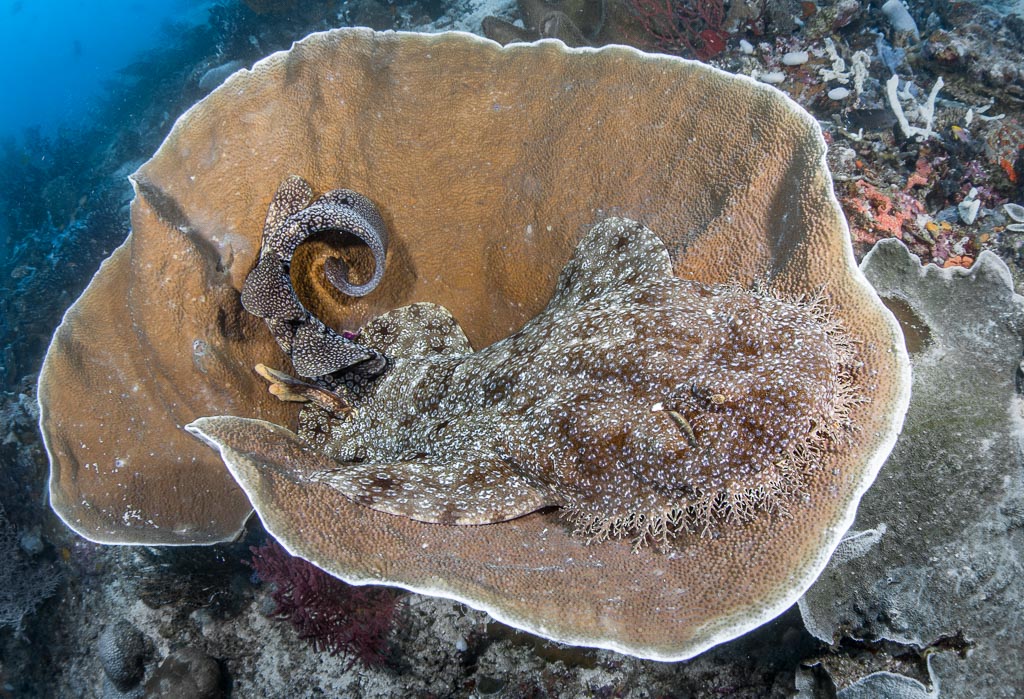 By comparison, the drab, rather unintersting background in this image of another tassled wobbegong does nothing to make this image compelling. 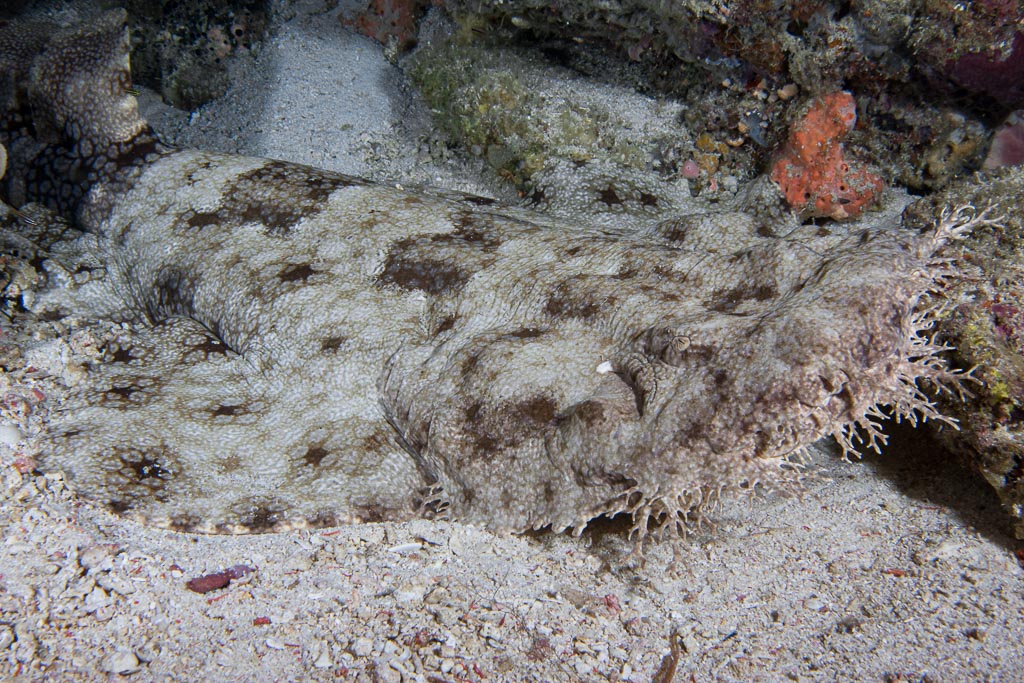 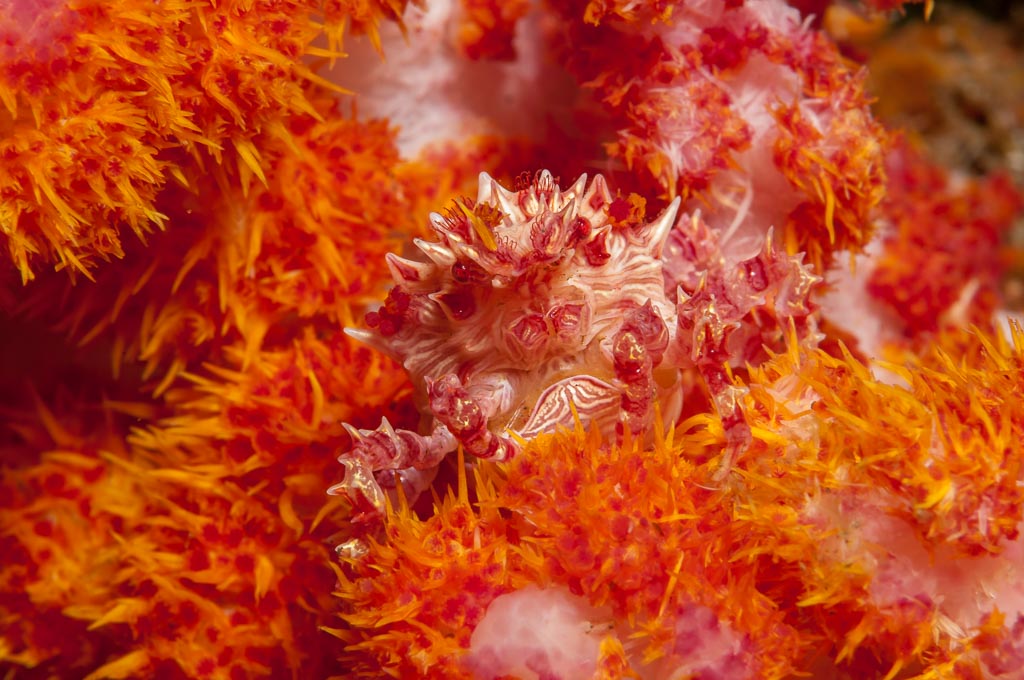 Be aware, a black or blue water background can be used as negative space to enhance images as can be seen in the photographs of the Atlantic longarm octopus that was created on a night dive in Bonaire 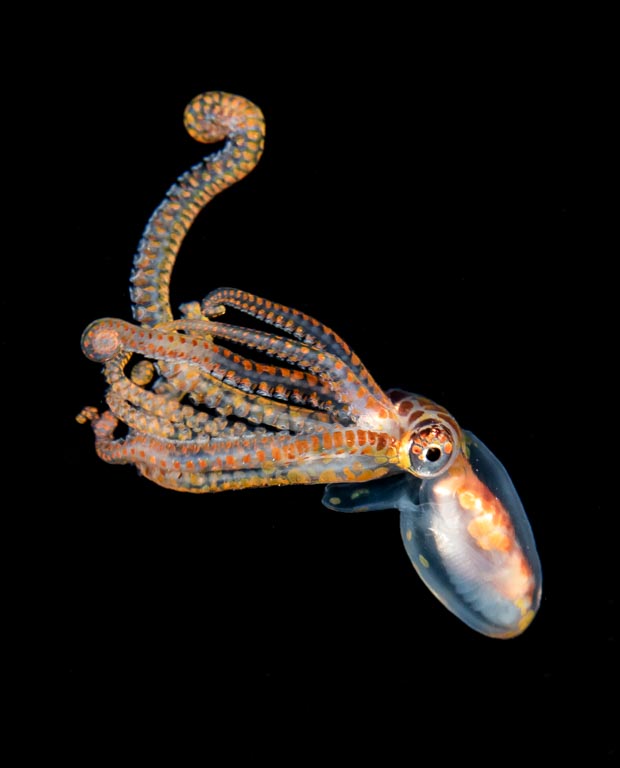 and the green sea turtle in Hawaii. 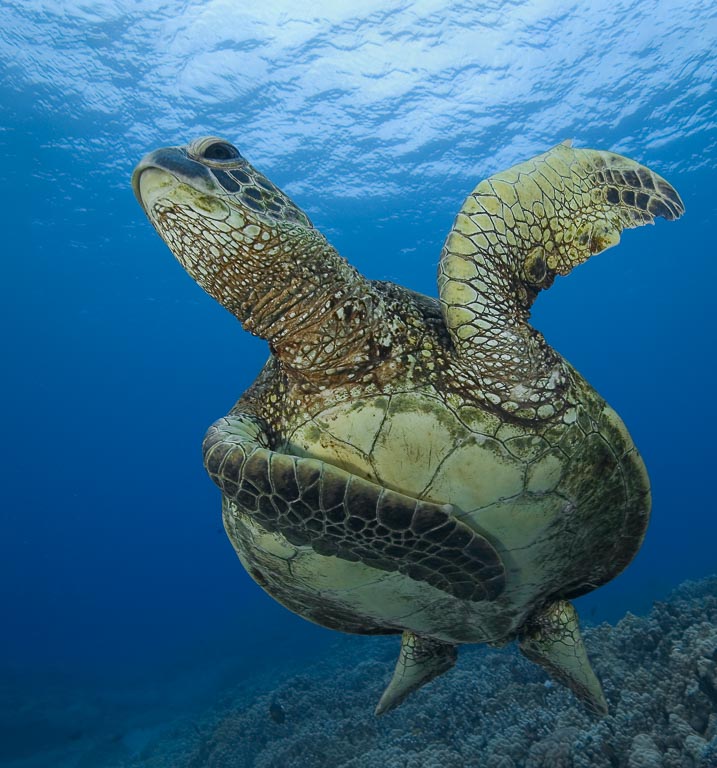 Of course, when working with highly mobile subjects you cannot control exactly where they will go in relation to elements that might make complementary negative space. But quite often we do have the option of looking for interesting subjects that are in close proximity to sea fans, soft coral, sponges, or a school of fish or other organisms and structures on reefs and wrecks that can be used as image-enhancing negative space. 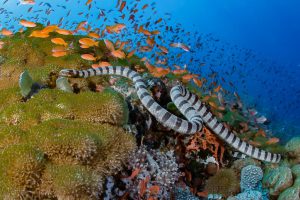 In this far less interesting frame, you see the same species in a similar pose with negative space that does not increase the visual appeal of the overall image. 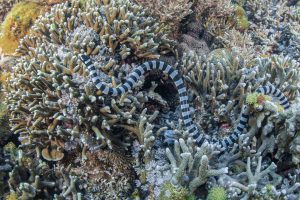 Clearly, you cannot always control where a subject you want to photograph will be, but you can always look for and try to optimize the negative space you have to work with. When possible, my suggestion is to look for potential subjects in a setting that can help you take advantage of good negative space. Concentrate your efforts in this way and the number of good opportunities that present themselves will probably surprise you.

Whatever you do, remember to enjoy the process, not just the processed images!