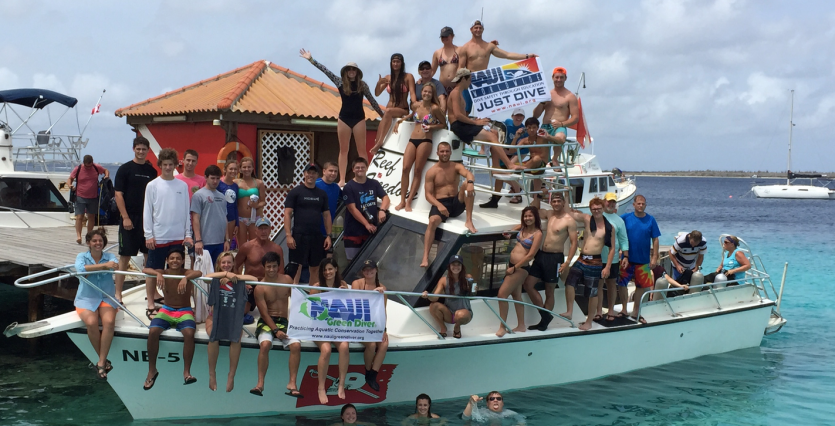 Helping the Children of the Fallen

As I packed my dive gear to head down to Bonaire on another dive trip, I knew that this one would not be the same as most of the other dive excursions I had been on. I would soon be on my way to partner with three other NAUI Instructors who, like me, had all volunteered their time to provide NAUI Advanced and NAUI Rescue training to the children of fallen Army, Navy, Air Force, and Marine Corps special operations personnel who are part of a special group of Gold Star Youth.

This was my second trip down to Bonaire and my seventh adventure with the foundation. I have had the honor and privilege of working with these teens for the past four years, training many of them from their first dive certifications. They have, in a way, become part of my family too.

This year’s trip, called the Gold Star Teen Adventures Alumni Advanced Scuba and Rescue Diver Bonaire, was a six-day adventure for twenty-five Gold Star teens filled with NAUI Advanced Scuba Diver training for some, while others trained for their NAUI Rescue Diver certification. Still, others would be taking the NAUI Enriched Air Nitrox specialty course.

We arrived to a warm reception at Captain Don’s Habitat, crystal blue waters, and a sunny 82 degrees Fahrenheit (28°C). The team of NAUI dive instructors was joined by midshipmen and cadets from the U.S. Naval Academy and U.S. Military Academy who spent the week providing mentorship for the attending youth. Dive training began shortly after our arrival and would continue throughout the week. We dove three to four times daily (and sometimes again at night), some for training and others just for fun. Evenings were filled with beach volleyball, shark and minnows games in the pool, and a culmination team challenge on our last night that included brain teasers, food challenges, a treasure hunt, and an underwater navigation exercise.

The entire week was nothing short of incredible. Every teen successfully advanced their diving skills. More importantly, positive, lasting, and impactful changes were made in the lives of these special teens. Gold Star Teen Adventures’ summer dive programs would not be possible without the support of organizations like NAUI. NAUI supplied all the training material and certifications for all of the Gold Star Teen Adventure dive programs in 2015. This equated to over 60 certifications valued at over $5,000. We are so appreciative of this gift and the part that NAUI has played in making these trips a reality for this deserving group of teens who have sacrificed so much.

Other supporters included the Divers Alert Network (DAN) for the first aid training and Captain Don’s Habitat, which provided us with great accommodations, food, and unsurpassed customer service and care.

Looking around the dive area, I saw that the other teens were being well supervised by the other NAUI Instructors and assisted by their mentors.

Jack, whose father was a Navy SEAL, said, “This is the coolest thing I have ever done.” I was extremely impressed by how quickly Jack learned his diving skills. I am sure Jack’s dad would be very proud.

This was truly an amazing experience. The sights were breathtaking,” said Stephen, 16, whose father was a heavy weapons specialist in the Army.

Hannah, 17, whose dad was an Army civil affairs officer, especially liked the house reef with all its colorful fish.

The best part of scuba diving for Alison, 16, the daughter of an Air Force language specialist, was to “be in the underwater world and see all the different fish and coral.”

After spending a week with the gold star teens, I reflected on the sacrifice and heavy price that is paid by the family members of the men and women who fall in battle. It has to be hard for these teens, but I’m glad to be a part of a team that is helping them heal. After all, it is the least we can do. 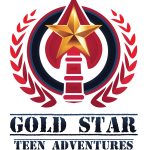 As I flew back into Miami, I looked back on a trip that was indeed a memorable one with all the trimmings of friendship, laughter, hugs, and tears as we said, “See Ya Later,” but never goodbye. I truly am blest to be a part of these kids’ lives, and I look forward to our next adventure together.

If you would like to learn more about Gold Star Teen Adventures or help sponsor a GSTA youth on one of our adventures please visit their website at www.gstadventures.org.

Freedom is never free and these kids know that first hand.