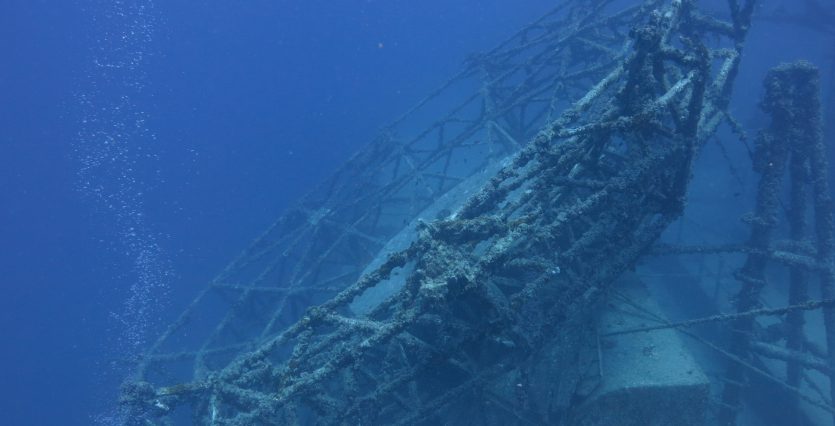 Hurricane Irma vs. the Vandenberg

The 2017 Category 4 Hurricane Irma gave the Vandenberg a “mighty push,” but our Grand Lady remains as great a multi-dive site as it has always been.

When originally sunk on May 27, 2009, the Vandenberg’s bow faced generally east; now it looks southeast. In the face of the tremendous undersea forces, the Vandy was pushed to the southeast, its bow digging some 3 meters (10 feet) deeper into the sea bottom. The move was more of a pivoting action, with the stern generally held at the original depth of about 44 meters (145 feet). For divers, this translates into a dive on the bow deck of about 32 meters (106 feet), while the stern deck remains about the same, 29 meters (96 feet).

In the reorientation, the vessel also lost much of its remaining iconic radar dishes. The dishes had originally broken off their pedestals during the 2009 sink, but they were reattached in 2011 with a heavy chain, shackles and a segment of I beam to the port and starboard main deck. The Florida Keys National Marine Sanctuary was concerned at that time that a hurricane or major tropical storm could dislodge the radar dishes and cause reef damage.

By the time Irma arrived in September 2017, much of both antennas had been eaten away by electrolysis, but their skeletons remained. Now there are only pieces of metal left of the iconic radar dishes, but those pieces are still at the site where they had been attached. Electrolysis will continue its inevitable eating away of the remnants of the once trademark radar dishes. The Vandenberg also received a severe dusting of silt from Irma on the deck and in many of the sheltered spaces. Nonetheless, the ship remains the Vandenberg and an awesome dive.

For about two weeks after the hurricane, Key West (capital of the Conch Republic) took a business hiatus. Prior to the Sept. 10 arrival of Irma, there had been a mandatory evacuation of Key West and the Florida Keys. During that time, much of Key West and the Keys had no electricity, no water, no internet connection; those few who chose not to evacuate listened to US1 Radio (104.1 FM) and its sister stations, the only source of news. First responders, Florida National Guard, and security personnel were the first to enter the post-Irma environment to ensure safety when the population was permitted to return. They were quickly followed by relief workers. 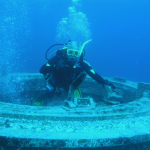 On Sunday, Sept. 17, Key West residents and business owners were allowed to return to a city still beset with electricity, water and internet issues, plus a nighttime curfew. As Key West was limping toward normal, the Royal Caribbean’s cruise ship Empress of the Seas arrived on Friday, Sept. 25, with its 880 passengers. Then on Sunday, Oct. 1, the tourism-dependent city of Key West officially opened for visitors and tourists arriving by land, sea, and air. Key West was struggling to its feet as business reopened, initially with limited service; it would be almost a month before our visitors began returning in numbers.