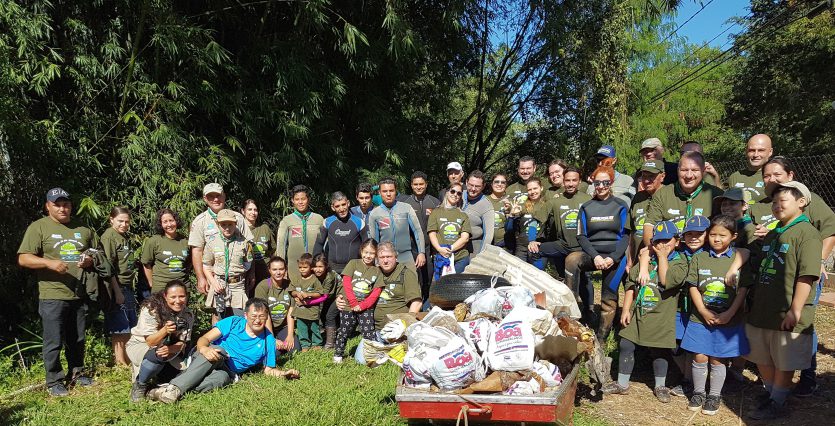 About 200 volunteers assembled to participate in the UN’s most important day for encouraging worldwide awareness and action for the protection of the environment. Support for the project came from a number of local groups and residents brought together by NAUI representatives and Green Divers who volunteered their time and energy to make the event possible. 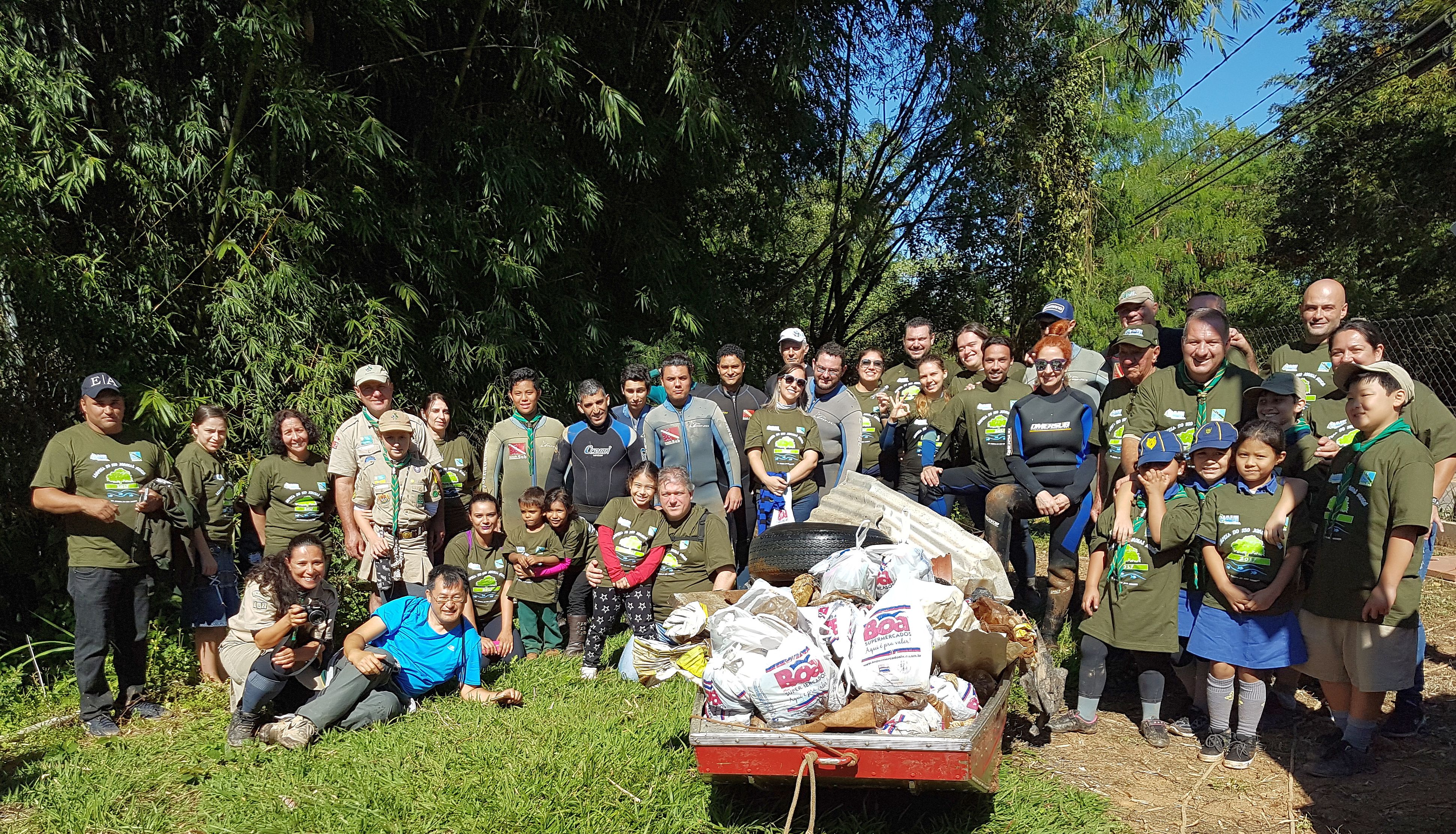 The JundiaÃ­-Mirim River basin is a subbasin of the JundiaÃ­ River and is extremely important for the municipality of JundiaÃ­ because it is the catchment area, accounting for 95 percent of the water supply to the population. In order for this source of supply to be preserved for future generations, knowledge of its ecosystem as a whole is essential.

‘Each year, this activity has increased both in size and results through participation and involvement of volunteers. It has also increased the impact in raising people’s awareness with regard to issues of waste and pollution as well as education on the use and conservation of water,’ said Alvanir Oliveira, NAUI Brazil Representative. 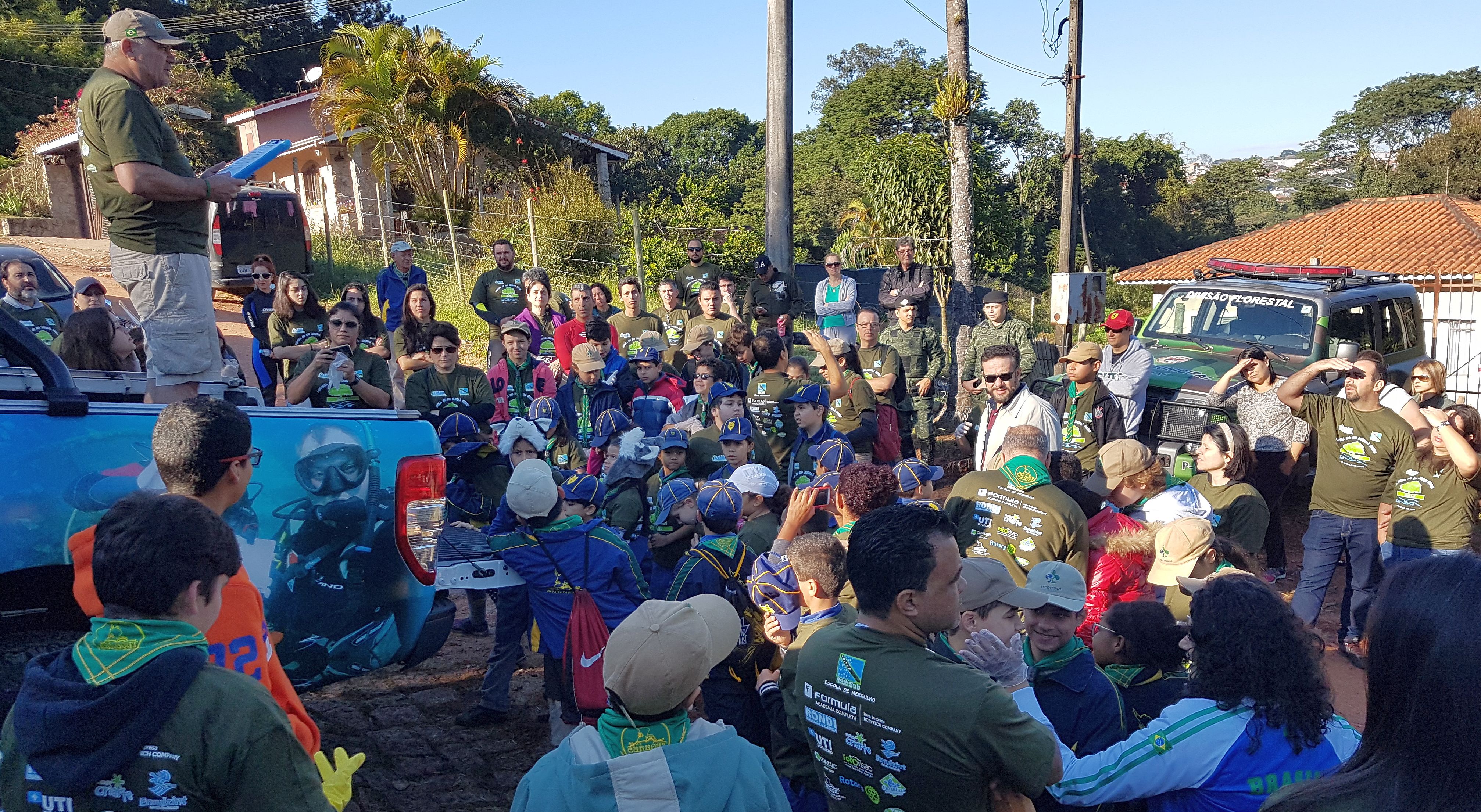 According to the UN Environment Event, World Environment Day is the ‘people’s day’ for doing something to take care of the Earth. That ‘something’ can be focused locally, nationally or globally.

This clean-up event was just one of several NAUI projects that occurred throughout the month. Other cleanups hosted by NAUI leaders and representatives include areas in Dubai, Colombia’s Tayrona National Natural Park, Oman’s fishing ports in the Middle East, and Florida Keys in the U.S. 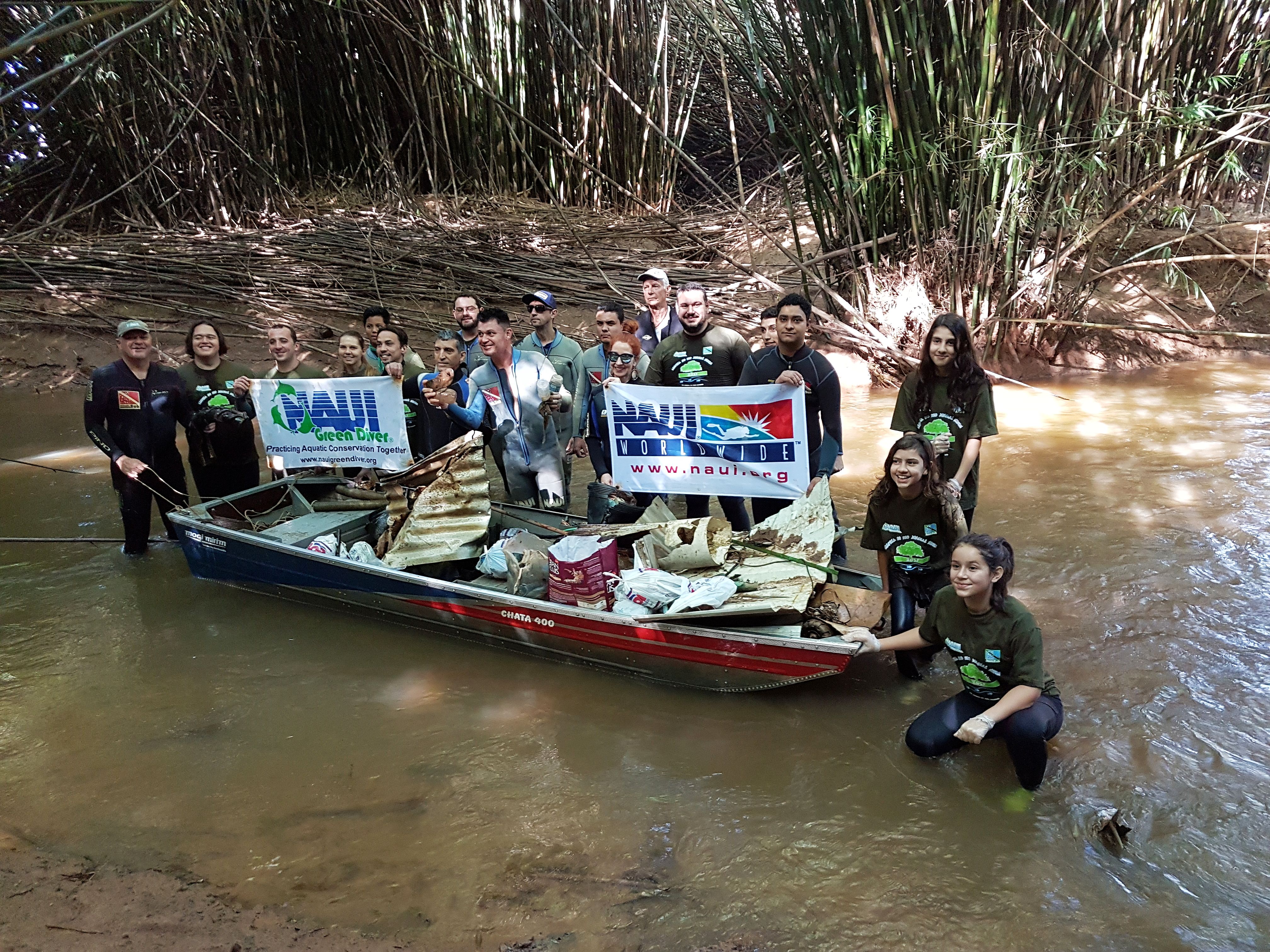 ‘What makes these international efforts unique is that we were able to coordinate with our global network of NAUI scuba divers to address pollution issues that are beneath the waves and across the seas, which can often be forgotten due to an ‘out of sight, out of mind’ mentality,’ said NAUI Communications Coordinator Angie Cowan.

Since 1972, World Environment Day has grown to become a gobal platform for public outreach that is widely celebrated in over 100 countries. More details about the 2018 ,BeatPlasticPollution movement can be found at http://worldenvironmentday.global/.

To learn more about this collaboration and get involved in future clean-up events in Brazil specifically, contact NAUI Service Center representatives at atendimento@naui.com.br.

Founded in 1960, NAUI Worldwide is the scuba industry’s largest not-for-profit agency whose purpose is to encourage people to enjoy underwater activities as safely as possible by providing the highest quality practical education, and to actively promote the preservation and protection of the world’s underwater environments. As a pioneer in diving education, NAUI has developed many of the programs and concepts accepted throughout the diving industry. NAUI: The Definition of Diving!