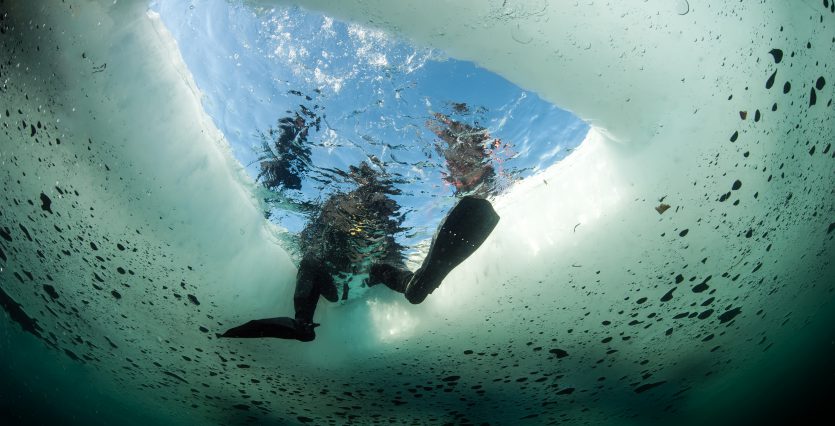 NAUI Korea Representative LEE Sunghoon (NAUI 13702) hosted the two-day Ice Diving Festival and Ice Diving Workshop in Hongcheon, Gangwon Province, on Feb. 9 and 10, 2019. The successful and quite large-scale event was attended by approximately 100 people including a lot of active NAUI members as well as Korean divers. The area media was there too, documenting the festival.

Attendees of the event and the workshop received presentations about ice diving instruction and training with emphasis on ice diving safety measures and techniques in which an overhead environment requires common sense, problem recognition, and personal problem-solving. It was also a time to promote friendship between long-time NAUI divers and members and those new to the special type of diving.

Moreover, the instructors in Gyeonggi Province had a chance to get some feedback about diving activities and training from senior instructors and to improve their abilities as an instructor.

As the current representative for NAUI Korea, Lee expressed his excitement about the event: “This event is going to be a trigger of ice diving activity for divers in Asia and, in particular, the relationship between seniors and juniors, and engaging regions and countries will be a most valuable result.” He also expressed his ambition to host the event annually and extend the Ice Diving Festival to wider Asia in the future.