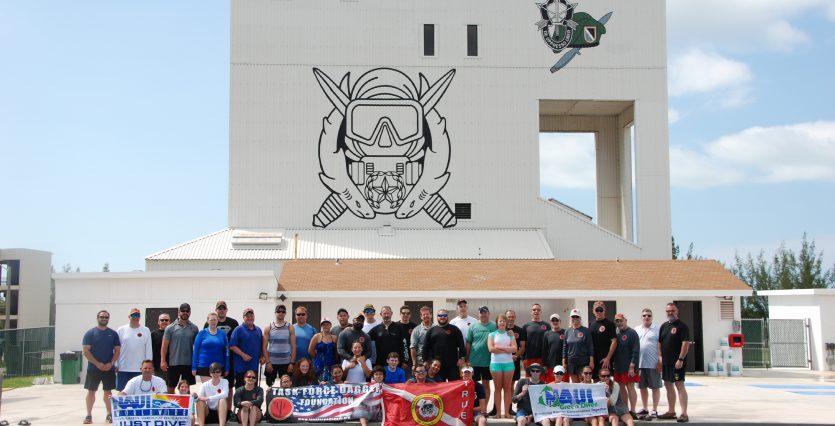 He’s had both hips and a shoulder replaced and his entire lower back rebuilt while serving his family, friends, and home. He neither complained nor asked for thanks. Instead, he simply decided to make a difference for his fellow servicemen and women who, too, continue to make the ultimate sacrifice for their country.

Before retiring as a Chief Warrant Officer, Charles K. (Keith) David spent more than 20 years in the U.S. Army as an Infantryman and Special Operations soldier. He held a variety of assignments to include the 3rd, 5th, and 10th Special Forces Groups.

As managing director, Keith David, one of the four founding members, helped establish the Task Force Dagger (TFD) foundation in July 2009. They chose the name to commemorate the Special Forces elements that conducted the initial invasion into Afghanistan following the 9/11 terrorist attack in 2001.

The nonprofit foundation operates entirely on private donations and relies heavily on volunteer support. It aims to fill the financial gap required to aid the wounded, ill and injured U.S. Special Operations Command (USSOCOM) soldiers and families in need of immediate assistance. However, the healing process goes well beyond that – the relationships, family bonds, and community connections act as the true heart of this organization.

“One of our core beliefs is that when the service member is injured, the entire family is injured and they have to heal together,” says David.

According to TFD, for those who are retired due to an injury or illness, the transition can be especially hard. The foundation believes that finding a new mission, purpose and focus not only helps the transition, but it also restores self-esteem and dignity.

“We have to ruck up and lean forward and work together if we are going to continue to impact and change lives,” says David.

Through its Recreational Therapy Adaptive Events (RTAE) program, TFD sponsors activities that foster a sense of well-being, offer encouragement, and assist the service members’ rehabilitation and recovery from injuries sustained while serving the United States.

According to TFD, “teamwork is more than being on a special forces team; It is being part of a family that is stronger together.”

The RTAE program is formulated to bring service members together by including the entire family in the activities. These activities consist of scuba diving, 3 Gun shooting events and other outdoor activities. However, the scuba diving portion enables the families to seize the moment and live life.

“The diving is my favorite portion of this,” says David. “In our hearts, we try to make this something that (the service members) want to do for the rest of their lives. Diving is such a wonderful sport. It’s a great way to bring the family together. “

The Dagger Dive is the main event that facilitates this gathering, creating an environment conducive to healing and recovery. Because many of these men and women are away from their families during the majority of their service, they rarely experience a true vacation.

“The Dagger Dive is usually the first time a lot of these service members and their families have been out on something that is kind of fun,” says David. “We never use the word ‘vacation’ because it’s not a vacation. It’s a therapy event. But even a therapy event can be fun.” 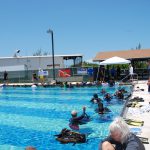 However, the Dagger Dive provides more than just a get-away. It functions just like an Army course – it’s challenging but serves to guarantee learned skillsets and success.

“The reason why it has to be challenging is that SOF (Special Operations Forces) operators typically operate at a high pace, high standard, and so they have to feel challenged,” says David. “A lot of the families of the SOF operators have that same mentality.”

“These family members have basically taken the household and they’ve run it the last few years in a member’s absence. So they, too, operate at a high pace and very high standard.”

The foundation provides counselors and doctors for the members’ mental health, because, according to David, without that team, “it’s hard sometimes to get people to open up.”

TFD also takes special care to consider all of the possible circumstances that could go wrong to ensure it can have someone available to respond, positively, quickly.

More than 85 percent of the Foundation’s NAUI dive instructors have participated in every event. The dive instructors are all NAUI trained, and the Dagger Dive team makes certain that all of the educational material is NAUI.

TFD works alongside the USSOCOM Care Coalition with a mission to “provide warriors and their families a model advocacy program in order to enhance their quality of life and increase special operations readiness.” To begin the Dagger Dive selection process, TFD gives the coalition parameters based on specific criteria for that calendar year. Once a valid need is identified and after the coalition nominates members who they feel would best benefit the most from the therapy, TFD then narrows the selection down to the best possible instructor-to-diver ratio.

During this year’s Dagger Dive event, TFD worked with the Special Forces Underwater Operations School in Fleming Key, Florida, where Green Berets learn scuba stealth. The foundation held sponsorship opportunities and brought 16 service members and their families to Key West as part of the RTAE program.

The dive event holds such an impact on these soldiers that TFD plans to implement an “Alumni Dive” to pull those who may not have the support to continue without assistance.

“Some people come, and it’s a challenge for them. And they go back and like it and go out again,” says David.

It is said, behind every strong soldier, there is an even stronger family who stands by them, supports them and loves them with all their heart. It is also said the task ahead of these individuals is never as great as the power behind them.

Just like Keith, “most soldiers and their families don’t complain or ask for thanks. Most blend into the community and continue to make a difference no matter where they live.”

According to the foundation, “These warriors live in the shadows protecting the American way of life. Living by the motto of ‘The Quiet Professional,’ these soldiers deploy around the world working to keep Americans safe while keeping their presence unknown but to a few.”

Among its other programs, the foundation hosts the “Immediate Needs” and “SOF Health Initiative” programs, which respond to requests from both the U.S. Special Operations Command (USSOCOM) with a concentration designed to help soldiers and units understand health, Post Traumatic Stress Disorder (PTSD) and Traumatic Brain Injury (TBI) treatment.