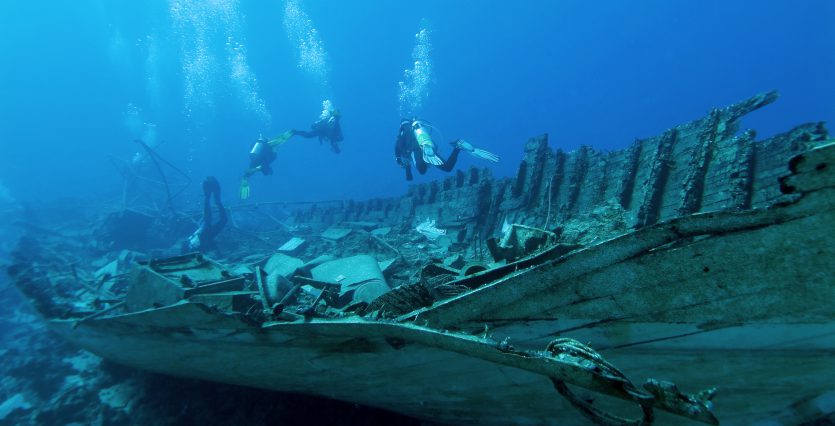 Depth limits are an important concept in recreational diver training. As with many new ideas, students are more likely to respect these limits if they understand why they are what they are. A great deal of data shows that divers face increased health and safety risks when they exceed maximum depth limits without advanced training, gas mixes, and protocols.

Ideally, you’ll never have a student who gets into trouble as a result of diving too deep, but it is valuable to know why the limits exist and what can happen if they’re exceeded. Understanding the reasons that our standards limit nontechnical recreational divers to a maximum depth of 40 meters (130 feet) means you will be better able to educate students on what might otherwise seem to be an arbitrary limit. The most important reasons for the depth limit are physiological: diminished breathing capacity, increasing nitrogen narcosis and elevated risk of decompression sickness (DCS).

The basic measure of breathing capacity is known as Maximal Voluntary Ventilation (MVV). It is the volume of gas that can be breathed in 15 seconds by maximal voluntary effort, which is then extrapolated to one minute. In normal conditions, absent any pulmonary disorders, we don’t notice any resistance when breathing — most people can easily breathe at a rate sufficient to sustain a vigorous swimming pace near the surface.

There are a few variables at a depth that alter this measurement: Immersion alone lowers breathing capacity by about 15 percent, and increased gas density causes a further reduction. This means that to breathe the same volume of air, divers’ respiratory muscles must do much more work at depth than at the surface. At 40 meters (130 feet), the density of the gas we breathe is five times what it was at the surface, decreasing MVV to 50 percent of its surface value. A diver might not notice the decrease while at rest or swimming slowly, so it is easy to underestimate how drastic the breathing limitations become at depth, especially with exertion. It follows that if breathing is less efficient, elimination of carbon dioxide (CO2) is also less efficient, and this can lead to increased CO2 levels in the body (hypercapnia), potentially causing headaches, nausea and even loss of consciousness. Descending to greater depths causes a further increase in gas density and work of breathing, escalating the likelihood of problems caused by CO2 retention.

Another physical effect of breathing compressed gas at depth is a proportional increase in the partial pressure of the nitrogen in compressed gas and its solution in the body. Nitrogen dissolves more readily in fat than in water, so the fat-containing myelin sheaths that provide electrical insulation to nerve fibers readily absorb nitrogen, which impedes signal conduction. Divers can experience progressive loss of cognitive abilities and coordination combined with a sense of euphoria and stimulation — a potentially dangerous mix. An interesting effect of the suppressed cerebral activity is that while divers might seem able to function normally with well-practiced tasks such as hand signals and swimming, new or unexpected stimuli are difficult to process. An unanticipated event such as contact with a dangerous marine animal or a regulator problem may elicit a response that is dangerously delayed, inappropriate to the situation or both. As depths increase, the symptoms of nitrogen narcosis become more severe, progressing to disorientation and stupor.

While decompression sickness (DCS) is relatively rare in recreational diving, deeper depths increase the risk of DCS. Increased pressure means more inert gas is absorbed in the tissues, and it takes longer to eliminate it. When combined with the greater work of breathing, this leads to increased gas buildup. Greater diligence (or advanced gases and techniques) is required to prevent DCS when diving deeper than 40 meters (130 feet).

Teach your students the reasons underlying recreational depth limits — not to scare them, but to help them understand that they aren’t arbitrary. Dive safety through education isn’t just a motto — educating your students to the best of your ability will make them safer, and happier, in the water.