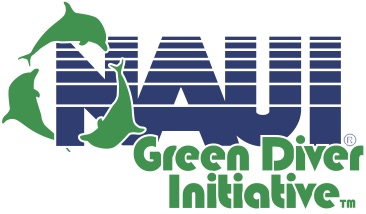 (MONTAUK, NY)  Earlier this week, FORCE BLUE announced plans to begin partnering with the NAUI Green Diver Initiative in its quest to promote conservation through education, partnerships and activities focused on environmental stewardship.

“We couldn’t be more excited,” said FORCE BLUE Executive Director Jim Ritterhoff.  “The NAUI Green Diver Initiative, with its vision to create a world filled with clean, healthy and sustainable aquatic environments aligns perfectly with FORCE BLUE and our mission to protect, preserve and restore the planet’s marine resources.”

The partnership will begin this June, during FORCE BLUE’s upcoming mission to study Green Sea Turtle behavior in the Florida Keys alongside marine scientists and veterinarians from the Turtle Hospital in Marathon.

“As someone who has worked closely both for and with NAUI in the past, I am thrilled that FORCE BLUE and the NAUI Green Diver Initiative are teaming up,” said Angelo Fiore, FORCE BLUE’s Director of Diving Operations.  “Bringing the military diving community that FORCE BLUE represents together with a recreational diving powerhouse like NAUI makes for dynamic collaboration.”

“FORCE BLUE is all about bridging gaps,” said Ritterhoff.  “This partnership is just one more example.”

Time To Return to Diving – But Cautiously

The Normalization of Deviance (aka “Short Cut Mentality”)